A compact, pre-bunched Free Electron Laser facility named as Delhi Light Source (DLS) is presently under construction at Inter University Accelerator Center (IUAC). The accelerator facility, the complete beam line and the experimental facilities are being accommodated in a class 10000 clean room. A low emittance pulsed electron beam will be produced by a photocathode based normal conducting RF gun (figure 1) operating at 2860 MHz and will be injected into a compact undulator to produce THz radiation. The Klystron and Modulator systems are being commissioned at IUAC (Figure 2). Beam optics calculations were performed with the GPT and GICOSY codes. Another code, developed in-house, based on Lienard-Wiechert potential formulation, is used to calculate the parameters of the THz radiation emitted from the wiggling electrons inside the undulator. The design of the laser system has been completed and the system is being developed in collaboration with KEK, Japan. The design of the photocathode deposition mechanism has been finalized at IUAC. It is currently being fabricated and will be tested soon at BNL, USA for acceptance. The design of the undulator has been carried out at IUAC using the code RADIA. An undulator with similar specifications is made available to IUAC under a collaboration with HZB and DESY, Germany. Design, manufacture and qualifications of all the electromagnets (quadrupoles, steering magnets and dipole magnets) for DLS are being done by Bhabha Atomic Research Center (BARC), Mumbai as per the required specifications (Figure 3). Power supplies for the electromagnets are being developed at IUAC. The electron gun along with the solenoid and several other beam line components are currently being commissioned at IUAC (Figure 4). Acceleration of the electron beam and subsequent production of THz radiation are expected to be carried out by 2020. Simultaneously, initiative is being taken to design and install a few experimental facilities related to electron beam and THz radiation. Workshops and technical meetings involving Indian researchers from various institutes, Universities are being conducted periodically to develop the user base of this facility in near future. Once the facility will be operational, experimental proposals from the researchers will be invited and the scheduled experiments with the electron beam and THz radiation will be started. 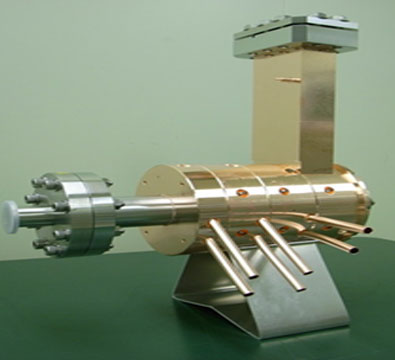 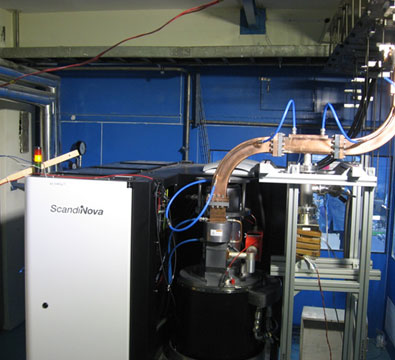 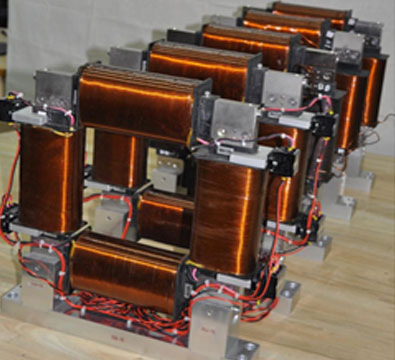 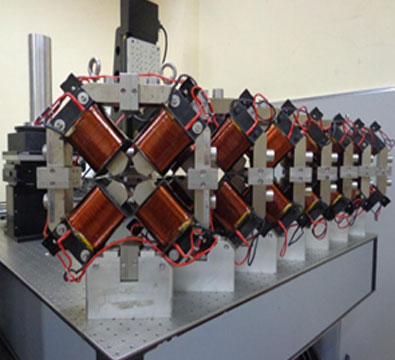 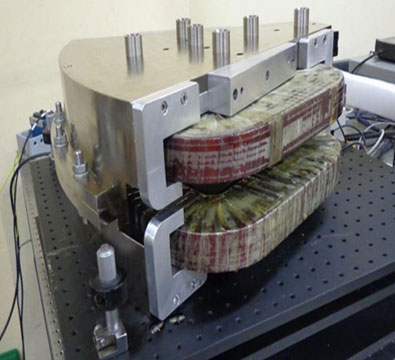 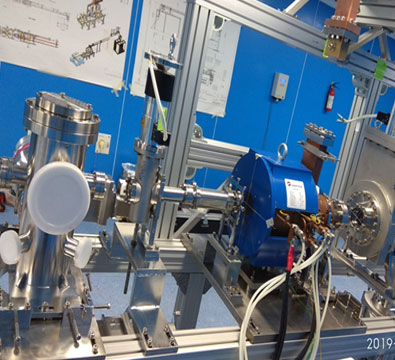