Highly charged ions (HCI) are highly ionized atoms. They occur in nature in solar winds, hot stars, Earth's upper atmosphere or in earth's atmosphere during thunderstorms. The study of HCI in this important for variety of fields such as astrophysics, plasma physics, accelerator physics and internal fusion etc.. Accelerator based atomic physics studies involves the study of HCI produced with help of ion accelerators. Some of the key areas in which research is being pursued at IUAC with HCI are beam foil and beam two foil spectroscopy, circular rydberg states, lifetime, high resolution multi channel Doppler tuned x-ray spectroscopy, Surface effect on post foil charge state distribution etc..

Our aim is to look for the links of physics of highly charged ions produced with the ion accelerators and in various nuclear reactions with various interdisciplinary areas such as Astrophysics, ion-energy loss physics, nuclear physics, and plasma physics within the university system. The PhD students from the centre as well as the universities are involved in this drive. We educate the students about the various opportunities for physics research with the highly charged ions and the interdisciplinary physics. The students are free to select one topic for the thesis problem. We continuously inspire them throughout the duration of their studies. The interdisciplinary physics research needs to employ the experimental techniques of different fields and we keep on ading them with our experimental facilities. The strive is being put on for the research on highly charged ions produced from the free electron laser also.

The interdisciplinary physics research explores the connections between ideas and concepts across the area boundaries within a discipline. Researchers working in different areas are able to apply the knowledge gained in one area to another area as a way to expand the l earning experience. The most effective approach to interdisciplinary physics study enables us to build our own interdisciplinary pathway by choosing a research topic when even looks absurd in the to the onset. It is not too difficult to find a theme which crosses over disciplinary areas within a subject. However, one of the biggest barriers to achieve true interdisciplinary study in physics is the necessity for collaboration of researchers in different areas. This is difficult, but not impossible. Interdisciplinary research is maximized when professional from different areas work together to serve a common goal and to help the researchers make the connections between different subject areas. Such interaction lies in the constructive paradigm, which allows constructing new knowledge and a deeper understanding of ideas than the studies of a particular area of physics. 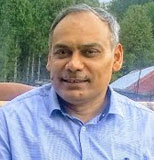 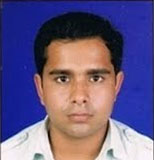 GPAC is a stainless steel vessel installed at 30 degree in one beam line of beam hall-2 at IUAC. The height of the chamber is 316 mm and its internal diameter is 356 mm. The chamber mounted on rigid raw steel support was designed to carry out atomic physics experiments. The essential features of the chamber include :

Knowledge of post foil charge state distribution is always useful in selecting the beam energy for a particular charge state of interest with maximum yield. For studying the charge state fraction in post foil, we are in the process of developing a new technique involving an Inclined and Straight Electrostatic Analyser (ISESA) in which one plate is held parallel and the other kept inclined at a certain angle relative to the beam axis in beam hall -2. Therefore an ISESA is asymmetric about the beam axis. It is essential to apply the voltages to the plates in such a manner that the beam is deflected towards the inclined one. A small gap (10mm) between the plates at the entry causes large deflections due to high field. As the ions move forward, the gap increases (causing lower field) so that the ions can escape without hitting the plate.This inclination of one deflecting plate allows better resolution of charge states and increases the number of charge states escaping without hitting the plate also. Two beam collimating slit systems are placed to align the beam with the axis of the ISESA. ISESA is being used to deflect the post foil charge state so that deflected ions in the field region does not hit the plate at the exit. A trapper drift tube chamber of 1.5 m long is used so as to transfer ions tangentially after passing the ISESA. Trapper drift tube chamber provides opportunity to place a 220 mm long Position Sensitive Proportional Counter (PSPC). A P-10 gas filled PSPC is used to measuring the position of different charge state simultaneously. There is one view port at the end of the beam line and the insertable Faraday cup placed at the end of vacuum chamber is used to monitor the beam current throughout the experiment. A vacuum control system has been designed to create high vacuum inside the trapper drift chamber and ISESA. To achieve the desired vacuum, one turbo pump (300 l/sec) is employed on the trapper drift tube chamber. To measure the vacuum inside the ISESA, a pirani gauge and a full range cold cathode gauge are used more...

Doppler Tuned Spectrometer is a novel spectrometer for X-ray emitting from fast foil excited ion beam. The spectrometer makes use of a large Doppler shift to bring the emission spectrum into coincidence with known features (such as k-edge) of the absorption spectrum of a suitable filter material. Tuning is accomplished by varying the angle between the beam and the detector, with the filter material between the source foil and detector. Knowledge of the beam velocity, angle, and the absorption spectrum of the filter is sufficient to determine the emission spectrum from the beam. A long one dimensional position sensitive proportional counter is used as an X-ray detector in this setup. Position sensitive proportional counter with a single anode wire was tested for X-ray detector by utilizing high pressure counting gas, up to 1 atm. As a position sensing electrode, flat-cathode with backgammon pattern is employed. The position readout has successfully been performed to provide the position resolution of 591 μm for 5.9 keV X-rays with the use of 900 mbar at 1550 voltage. A unique Soller slit assembly coupled with a long one dimensional position sensitive proportional counter enables us to get distinct x-ray peaks at different angles, which allows us to cover large number of angles in one shot. A lifetime setup is also used. more...

The lifetime setup for standard beam-foil and beam-two-foil spectroscopy is used in GPAC. The setup gives 100 mm of flight length giving access to lifetime study of metastable states. Three actuator motors are used to make the target move linear. Least number of these motors is 1 µm. Recent experiment carried out include the lifetime study of metastable states of highly charged Titanium ion at various beam energies. 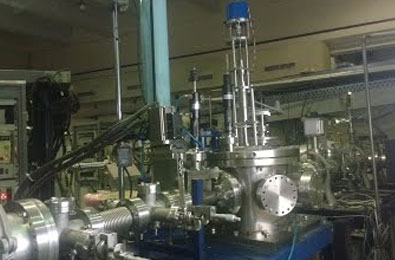 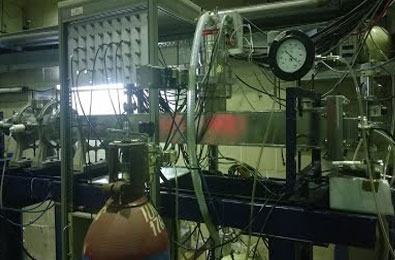 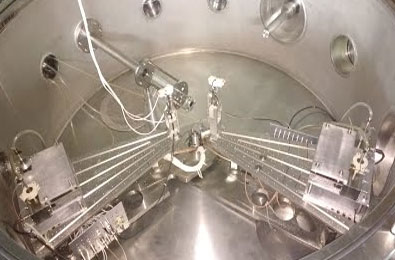 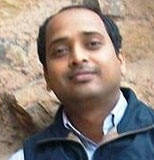 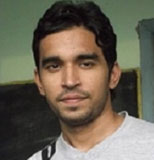 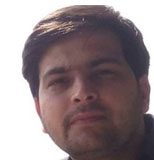 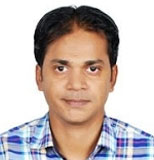